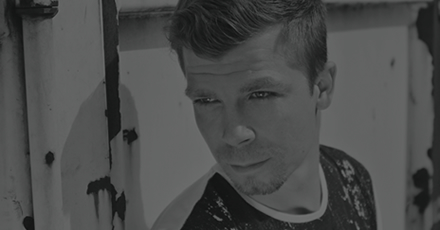 At the age of 16 he discovered his passion for electronic music. From this time on he started to go out and paint the town red where he watched the DJs at work. With 18, he finally started to dj and tried to grab every vinyl he could get. Quickly, his talent was discovered and he played nationwide in bars, discos and clubs. In 1996 he and some colleagues founded the DJ team “legomatic”. At that time, they nearly played every kind of electronic music, from Funk to House and from Techno to Goa.

In the year 2000 Danny took a longer break from music because of professional and personal reasons. But since 2006 he is back on his way of music. „Quality beats quantity“ – that’s his philosophy of life which lets him successfully swim against the stream.

In 2009 Danny had his first guestmixes on the wellknown webradio station friskyRadio. Among other shows he played at their most popular shows like LIGHTWORKS and 2DC +1. Also he became „Artist of the week“.

In his monthly podcast „Selection“, which Danny gave birth to in 2010, he presents a small selection of the best tunes ranging from House over Progressive House to Techno.